This playlist jumps from cheeky British Alt-Pop to Jazz-Hip-Hop fusion, Bluegrass, Industrial, Chill, Lo-Fi and whatever other sub-genres might come across the Beyond Radio desk. The songs are not in this order on the playlist but more random. 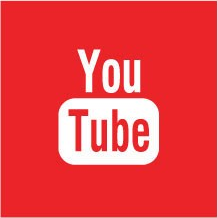 Both of these bands are quintessentially British, yet the boys from Warrington create a wider swath of comedy, literary references, observation and sonic diversity into their style.

MAN & THE ECHO  Very Personally Yours (Total late 60’s Stax Soul influence on this one.)

ELISE LEGROW      Who Do You Love (Slithering Blues & R&B influenced new single from the Canadian singer.)

Introduced by an Uber rider

TRAMPLED BY TURTLES Where Is My Mind? (Bluegrass cover of the Pixies song from 2011. I’ve known of this Minnesota band, formed in 2003, for a while)

OF MONTREAL       Stag To The Stable (shades of Beatlesque Brit Pop)

LOUISE BURNS       Strange Weather (She started out in the Pop-Punk Lillix and then went on to the Alt-Rock band the Blue Violets. On this solo song and most of current album “Young Mopes”she is in vintage 50’s Country mode.

SAMANTHA FISH   Chills & Fever (More vintage 50’s sound from this Kansas City Blues musician. The album of the same name expands on styles through the 50’s and 60’s.)

A couple of jazzy tunes from British indie rock band.

POOLSIDE    Tropical Heartache (This one fits in nicely with the 2 former songs. Meant for a breezy summer day this duo surfaced in 2011, one half who was part of the band Junior Senior which had an international hit in 2003 with “Move Your Feet”.

DOPE LEMON          Home Soon Australian Angus Stone is better known as the brother half of sibling indie-folk duo Angus & Julia Stone who have had 3 top 10 albums in their homeland. Here he dabbles in a little Alternative Jazz.)

MAC DEMARCO     On The Level (Chill electronica from Canadian  multi-instrumentalist who usually strays more to the folk lo-fi side.)

3 songs from Matt Van Schie who formed the Australian band Van She in 2002. All in the Electro-Pop vein.

VAN SHE Ideas Of Happiness

IAMX Aphrodisiac (Chris Corner was a founding member of the Sneaker Pimps who had a 1996 alternative hit with “6 Underground”.)

TR/ST  Bicep (From Toronto, comparisons to Joy Division have been made.)

THE NATIONAL      Carin At The Liquor Store (this band just scored their first radio hit after 16 years together. The baritone vocalist Matt Beringer sounds goth but incorporates other styles)

This group of songs offers a fusion of Hip Hop, Jazz and old school soul

ARIEL PINK Feels Like Heaven (Baroque pop from L.A. one man band who was originally part of the band Animal Collective.)

Both of these easily could end any Twin Peaks episode. Dreamy female lead slow burns from Baltimore and El Paso respectively.

New band from Oxford, UK somewhere between Lo-Fi, Chill and Electro-Pop with an ethereal vocal style.

THIS IS THE KIT      Moonshine Freeze (Alt-folk from British singer Kate Sables.)

Here we have a little kinetic pop/rock thrown into the mix. Perhaps something Cyndi Lauper might have done 30 years ago.

CREEPER      Black Mass (If Green Day and Meatloaf did a duet.)

WOLF ALICE           Yuk Foo (Why no love for the Foo Fighters? Really just the harder side of the British band who just topped The Untapped Resources 250 with “Don’t Delete The Kisses”.)

DOWNTOWN BOYS           Lips That Bite (Actually fronted by a woman, this Providence sextet is multiracial and bilingual.)

BEDOUIN SOUNDCLASH Clock Work (This is the 1st single in 7 years from Reggae and Ska influenced Toronto band.)

LEMON DEMON      Touch-Tone Telephone (Neil Stephen Cicierega uses this moniker for his comedy rock. The Somerville, Mass. Artist owes much to They Might Be Gaints.)

ALT-J  Deadcrush  (Another strange brew from British indie band, #77 on this weeks Untapped 250)

NOMBE         Freak Like Me (Noah MacBeth is a modern R&B singer from L.A. and born in Germany. He is the godson of Chaka Khan.)

PERFUME GENIUS Slip Away (Washington state native whose music spans various styles and often talks of  darker subjects.Growing up openly gay and the difficulties it brought to the surface certainly have added to the tone.)

A dive into various forms of R&B/Hip Hop

BROTHER ALI         Pen To Paper (MC who spent most of his youth traversing the Mid-west. He is definitely politically motivated.)

JAMILA WOODS     Blk Girl Soldier (Another Midwesterner from Chicago, influenced as much by Toni Morrison as Erykah Badu.)

THE AVALANCHES           The Wozard Of Iz  (More alternative Hip-Hop from the Australian outfit featured multiple times on Beyond Radio pick lists.)

ALISON MOYET      I Germinate (The former lead vocalist of the 80’s dance/new wave band Yaz, she has had an illustrious solo career since the release of her 1984 album “Alf”. In recent years she has gone more experimental with her song choices.)

IMELDA MAY          Human (Irish vocalist who melds old style country, jazz, rockabilly and whatever else she wants

Warning: file_get_contents(): Failed to enable crypto in /data/webs/beyondradio.com/beyondradio.dev.matraex.com/htdocs/wp-content/themes/mtx_coverpage/functions.php on line 179

Warning: file_get_contents(): Failed to enable crypto in /data/webs/beyondradio.com/beyondradio.dev.matraex.com/htdocs/wp-content/themes/mtx_coverpage/functions.php on line 180